Coding Her Way from Chennai to Silicon Valley 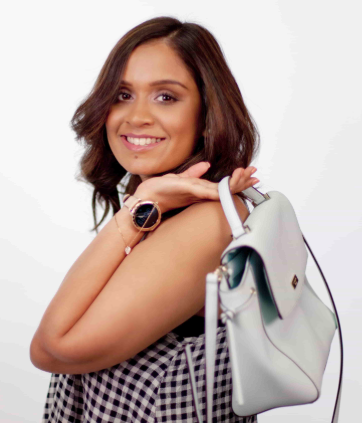 I grew up in India, and one of my fondest memories is riding on the back of my mom’s scooter as she took me to karate, piano, and swimming lessons. We had a shelf full of trophies that my brother and I had won, mostly mine. I’m grateful to my parents for making me participate in competitive activities because they helped me value hard work and acquire skill sets that I’ve used in my adult life. Growing up, I also benefited from our culture’s strong emphasis on math and science.

During my first few years of high school in Sri Lanka, I gravitated towards STEM based subjects and excelled in my computer science classes.

I was 14 when I decided I wanted to be an engineer, and my parents fully supported my decision. As a college student, I took unpaid internships at American companies in India, hoping that someone would notice my hard work and give me a chance.

They introduced me to web technologies, which I have seen grow and evolve ever since. I started reaching out to professors all over the world, and after many unsuccessful attempts, I had a professor from Concordia University in Canada agree to work on a project with me. While having surgery at Royal Victoria Hospital (the largest hospital in Montreal), he noticed that all the nurses were recording vitals on a piece of paper and wanted to build a smart solution for it. I helped him create an Android app to improve their record tracking.

I also co-founded a startup with two other students while earning my college degree. The idea was to develop a web application to personalize ecards and videos by augmenting the user’s photo on them. It was similar to Snapchat, but at the time web technology was not advanced enough for it.

I was the only software engineer on the project, spending all my nights coding. It took three months to complete, and I remember the happiness I felt when I submitted my last line of code and realized I could actually sleep that night.

I now work on the Tetration team at Cisco, and know that I ultimately want to help people.

I’ve been taking small steps to get there; I founded a lunch group called Women in Tetration to empower the women engineers on my team, share our conference experiences, and occasionally have motivating guest speakers. I want to solve the small problems around me first, and then go and tackle the big ones. I love the satisfaction of solving problems on a daily basis. It’s amazing how just one line of code can impact so many lives!

This article was originally published on UnBoxed and is reprinted here with permission.